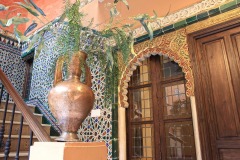 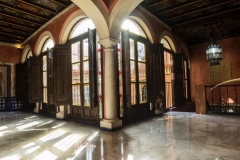 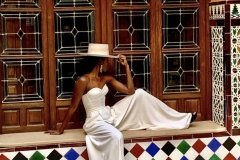 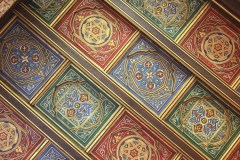 The patio of “La Casa del Ciprés” (The House of the Cypress) was once home to a huge cypress tree which, in its upright posture, gazed over the horizon.

Cypress trees recover the symbolic connection between heaven and earth. Indeed, our beliefs and psychology are dominated by the vertical axis; notions of top and bottom permeate our morality and even our language in a house that embodies humanity’s living memory. 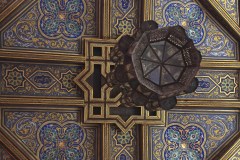 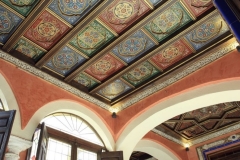 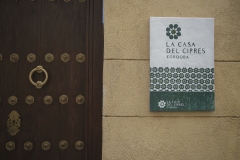 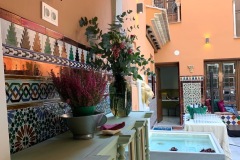 The House is located on 2 Calle Tornillo, Córdoba, on the great Roman sewer that once collected the waters that flowed down from the city walls along Maese Luis Street, named after Miguel de Cervantes’ alleged relative. The sewer’s arch, the intricate and ubiquitous mosaics… these Roman ruins bear witness to distant times. Such is the case of de mosaic on the fireplace in the main living room, which depicts a newt, an animal central to Roman mythology. 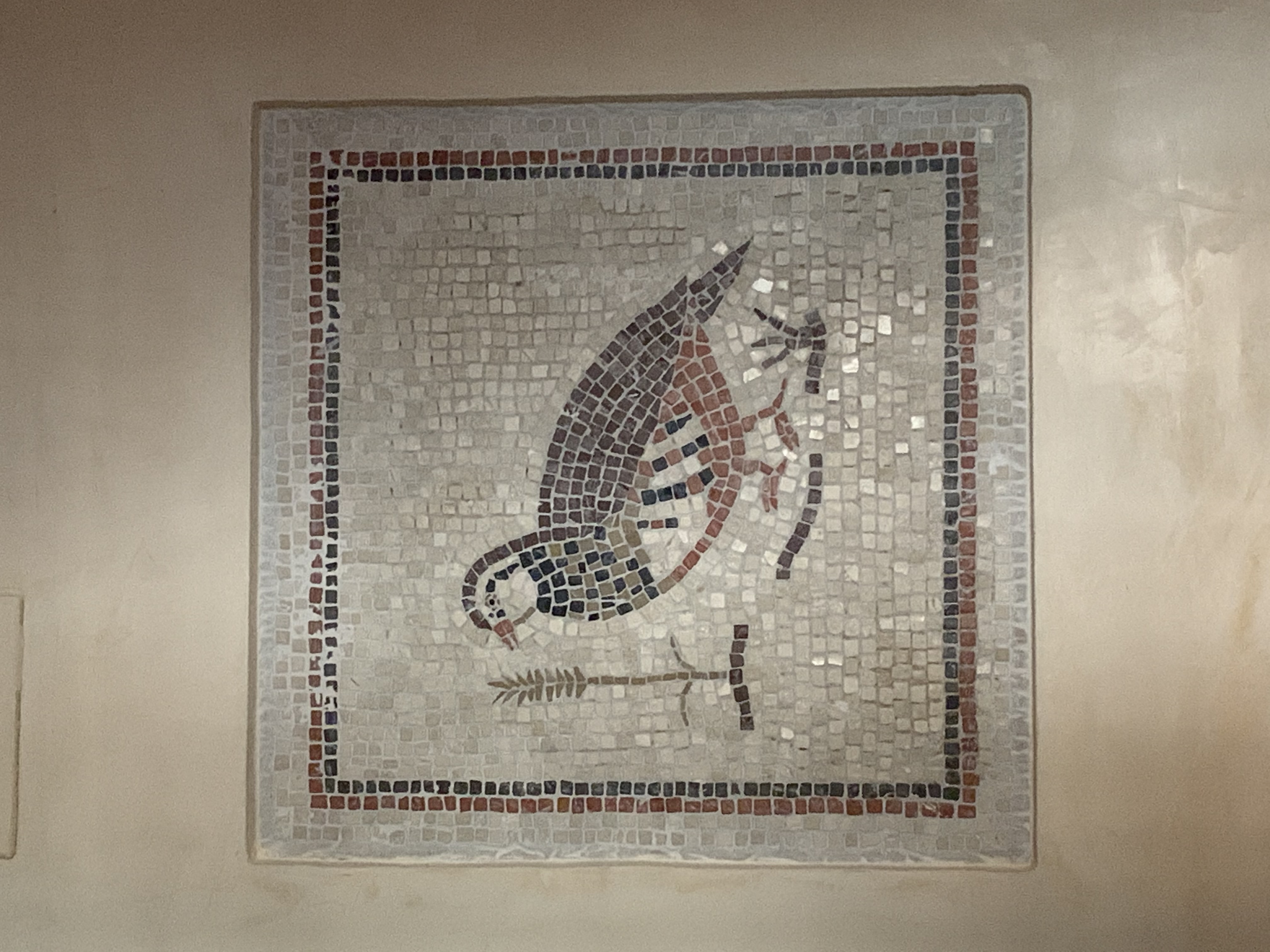 The House stands between “Ermita de la Candelaria” and “Ermita de la Consolación”, at the narrowest point of Tornillo treet, next to what once was the Hospital of the Consolación and would later become the House of Expósitos (1599). This narrow point was once the site of a small turnstyle – from which the street takes its name (in Spanish, torno) – where newborn babies were abandoned in darker times of the past.

The House of the Cypress is part Córdoba’s artistic and cultural heritage, recognised as such in municipal archives. 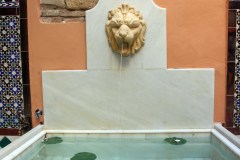 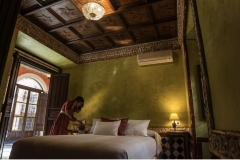 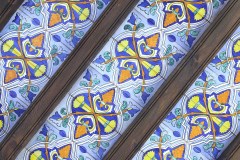 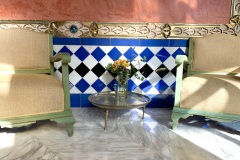 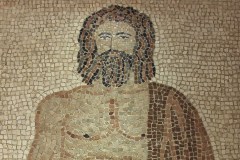 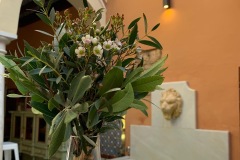 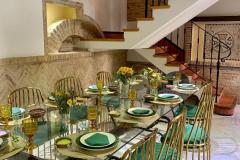